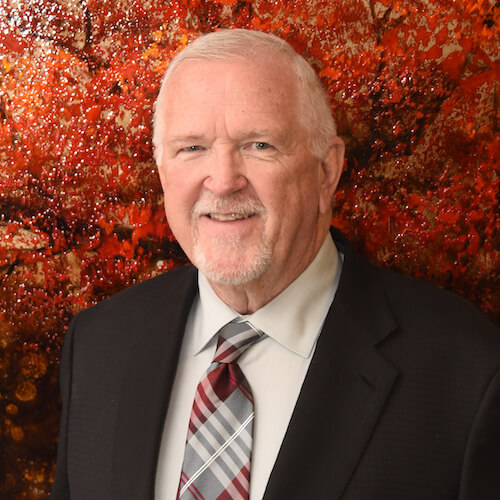 Merle Turner was born in Wisconsin but raised in Southwest Kansas. A true Kansas native, he attended elementary school, middle school and high school all in Kansas. When he graduated from high school in 1966 he attended undergraduate college in Anderson, Indiana at Anderson University, graduating in 1970. He continued his education at Kansas City University of Medicine and Biosciences and graduated in 1975 with his medical degree in Osteopathic Medicine.

Merle decided at a young age to become a doctor – though it was through tragic circumstances. While in the second grade, he discovered a young mother next door, who lived in his same neighborhood, had taken her own life. The thought entered his mind, “If I had known what to do I could have saved her.” Through this neighborhood tragedy, Merle Turner was determined to one day become Dr. Turner so that he could help people through the various stages of mental and physical health.

“Today I experience the greatest sense of success when I’ve been working together with a patient and we watch their lab test numbers improve over time – it is so rewarding for me.”

After graduating medical school in 1975, Dr. Turner moved to Phoenix, Arizona and served a rotating internship at Phoenix General Hospital. While practicing at Lakes Family Practice, he served as Chairman of the Department of Family Medicine at Tempe St. Luke’s Hospital. After becoming Warner Family Practice in 1983, he served as the President of the Medical Staff at Tempe St. Luke’s in 1986-87.

For Dr. Turner, patient care takes many forms, however, he is particularly passionate about the practice of preventative care. Though his passion for preventative care is all-encompassing, he sums it up with the simple philosophy of, “Preventing a problem is better than trying to cure a problem.”

“One of the most rewarding parts of practicing medicine is taking the time to listen to the stories of individual patients and using all the education and experience I’ve accumulated to decipher what is happening in a medical sense.”

Some of the ways Dr. Turner enjoys spending his time outside of the office are fishing and taking in all sorts of sports (big time avid sports fan).

Dr. Turner lives in Chandler with his wife (and business co-founder, Susan). Together, they enjoy opportunities to travel to new and favorite places throughout the world. Dr. Turner and his wife have three children and three grandchildren.

What Dr. Turner Wants You to Know About Warner Family Practice

“We have strived to build a clinic that encompasses all of a patient’s needs. Patients will not have to go here or there for a particular test but rather pretty much everything can be done in one location. We have worked hard to have quality providers that are not only qualified medically but also listen to their patients and are attentive to their needs.”